What's the history of pencil case?

Today, a pencil case is a common student item used to carry pens, pencils, erasers and possibly more, depending on the size. In looking at the history of the pencil case, it wasn’t always so common. Pencil cases have been around for more than 200 years. While the cases have always had a functional purpose, pencil cases in history have also been more elaborate and made out of precious materials, such as silver or ivory.

History of the Pencil Case 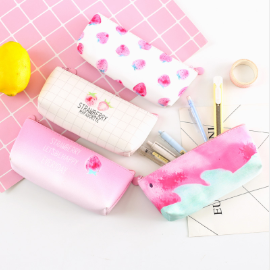 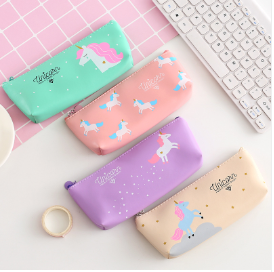 In the United States, the first patent for a pencil case was granted in 1946. This patent was received by Verona Pearl Amoth, who also invented several other related inventions, such as replaceable erasers for pencils. Amoth designed her pencil case to keep pencils from wearing holes in clothing and also to protect the points of the pencils. She filed her patent application for the All-Purpose Utility Pencil Case on October 12, 1944, and the patent was granted on December 24, 1946.

Design of the First Pencil Case 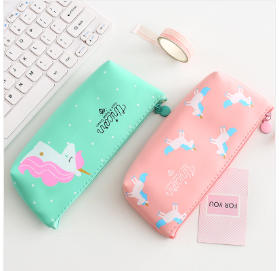 Amoth designed her pencil case to hold six pencils. Each pencil was inserted into an individual hole, or slot, in the end of the case, which allowed the eraser to remain protruding from the case. The case did not open, but rather the pencils were simply pulled out from the end. With this design, the case would have to be carried in the upright position in order for the pencils to stay in place. The case also had a stand to hold it upright on a desk or table. There was not room in the case for loose erasers or other writing implements and accessories.

Today, pencil cases generally fall into two categories. They are either used by students to carry their pencils, pens, erasers and other writing accessories to school, or they are used to protect luxury or high-end pens. More expensive pencils, such as Mont Blanc, Waterman or Cross brands, often include the case when the pen is purchased. Elaborate individual pencil cases are also designed for collectors to display or protect very valuable pencils.

Subscribe to our email and become the first person to learn about our latest product
© 2018 Hangzhou Amber Arts &Crafts Co.,Ltd. All rights reserved.